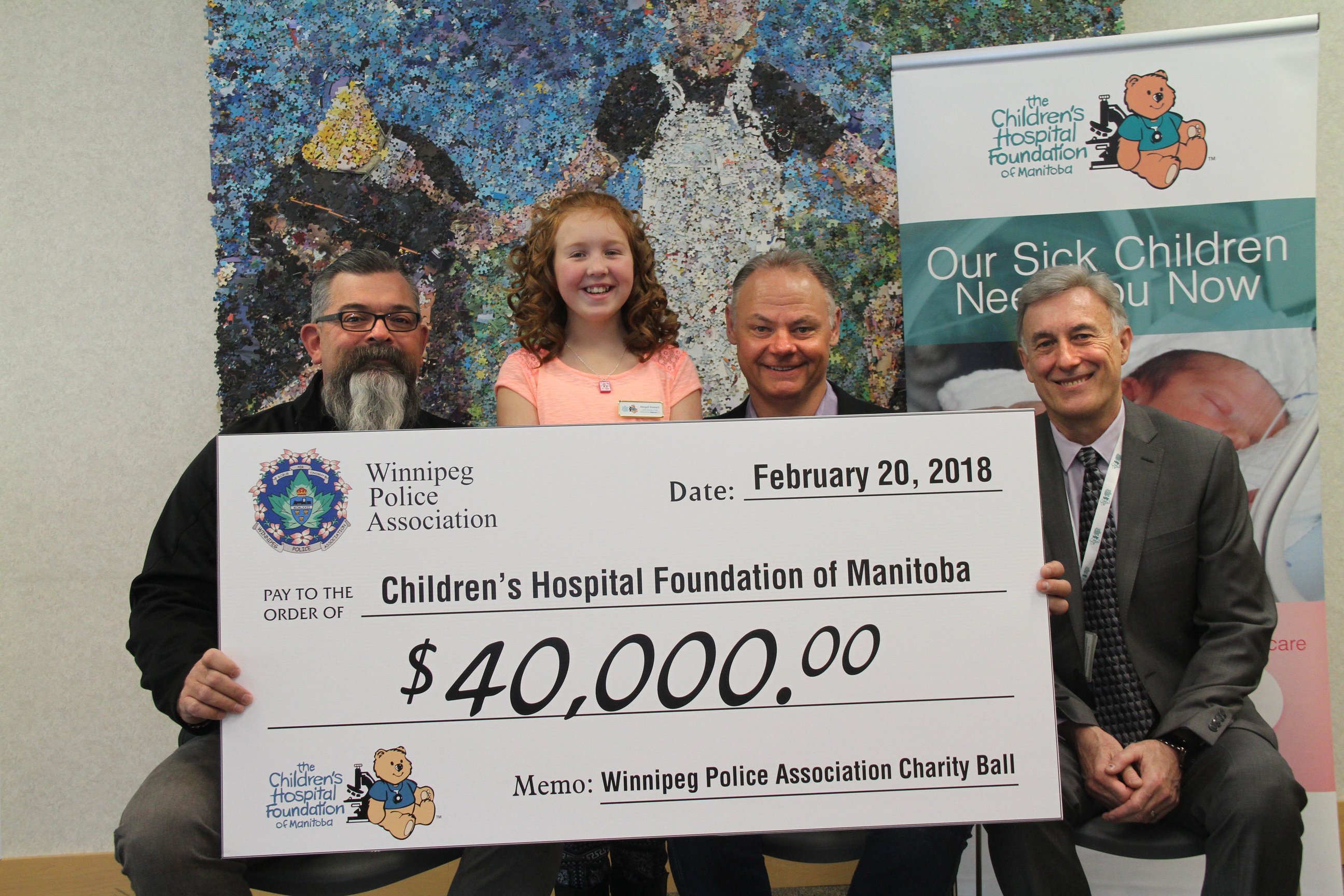 “When you think of the members of the Winnipeg Police Association, one word always comes to mind – dedication”, said Rozak. “Dedication to their jobs, to the community, to the people they serve. But their dedication goes beyond that in the way they support the community, raising money for many worthy causes – especially the sick and injured children here at the Children’s Hospital. Thank you from the families, the staff, and most importantly the children you continue to serve and protect.”

The 94th Annual WPA Charity Ball takes place Saturday, April 28, 2018 at Canad Inn Polo Park. The WPA Charity Ball is the longest running annual charity function of its kind in North America. The Children’s Hospital Foundation of Manitoba has been one of the WPA’s charities of choice for 32 years. To purchase tickets call the WPA at (204) 957-1579.